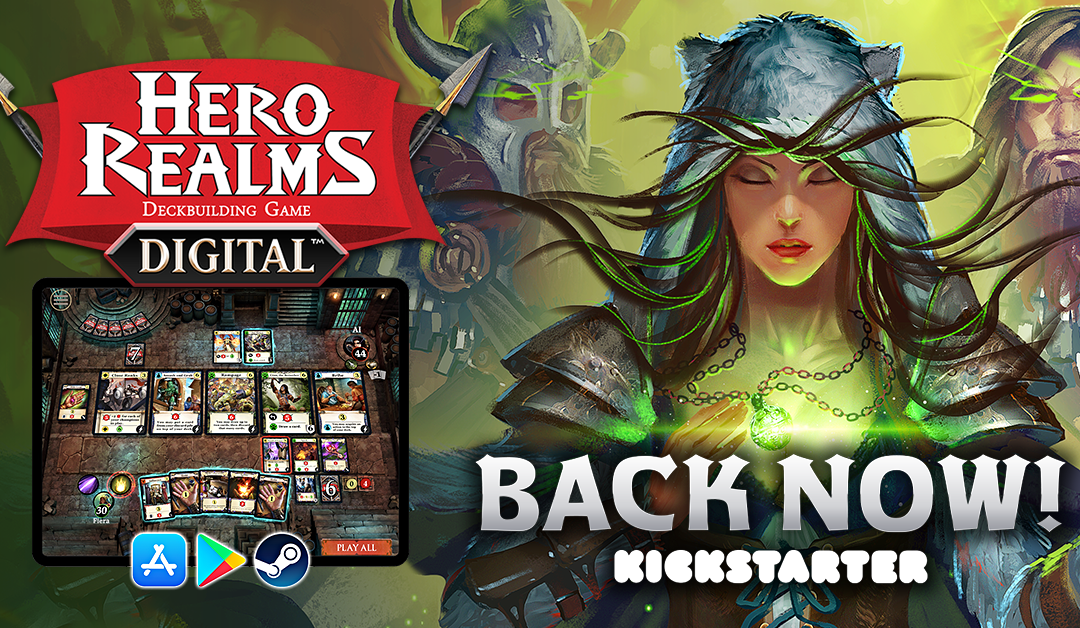 Fantasy-Themed Digital Game on iOS, Android and Steam From the Creators of Star Realms

The Hero Realms Digital on Kickstarter pledge tiers include:

Rob Dougherty, CEO of WWG, said “The feedback from our alpha testers has been overwhelmingly positive. We are thrilled to realize the full vision of Hero Realms where characters find treasure, gain experience, level up, and improve their skills and abilities over time in this new digital game!”

Wise Wizard Games LLC was founded in 2013 by two Magic: The Gathering Hall of Famers that wanted to make awesome strategy games that were affordable for everyone. Their first game, Star Realms, a space combat deckbuilding game, exploded in popularity and won 7 Game of the Year awards. For more information, visit Hero Realms Digital on Kickstarter and wisewizardgames.com.