Want to become a become a Dwarf, Elf, Ogre, Orc or Smallfolk? Get the new Hero Realms Ancestry Pack!

In this awesome new 20-card expansion pack, you can play Hero Realms as a Dwarf, Elf, Ogre, Orc, or Smallfolk. You can use ANY race with a generic starting deck, or combine them with any character pack. So you could play as an ogre wizard, an elven ranger, a dwarven fighter, or any one of the dozens of new race-class combinations. That means tons of options for the makeup of your party for cooperative play, and literally hundreds of possible new PVP match-ups. The pack is priced at $9.99. There are five races in Hero Realms Ancestry: Ogre, Elf, Dwarf, Orc and Smallfolk! Each race comes with four cards. 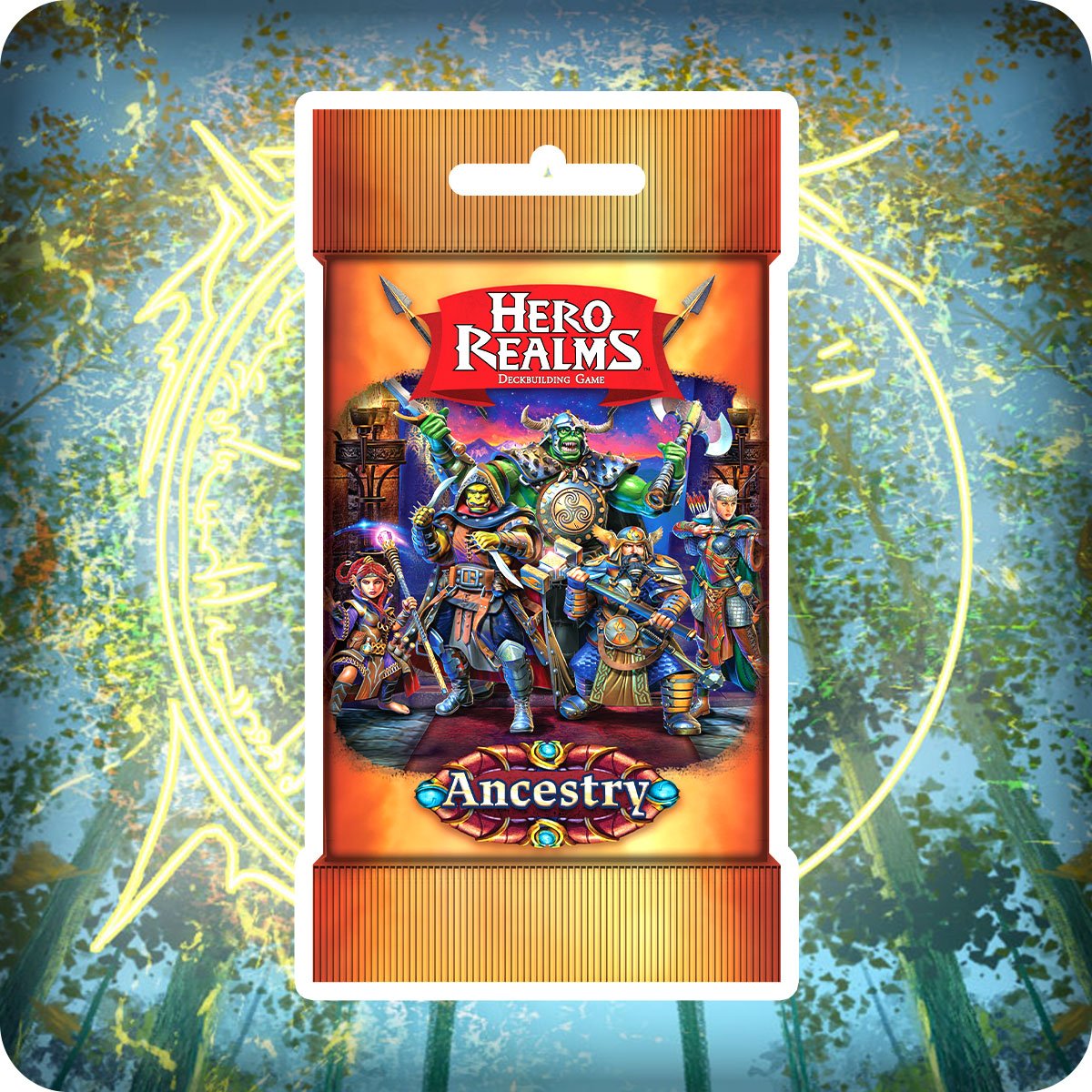 An Ancestry card that shows that race’s health modifications and any special rules that apply to that race.

An ancestral skill or ability card that starts the game in play.

And two cards that modify your starting deck.

Every race has its own strengths and weaknesses, giving them a unique play feel while still being an even match against each other or against a standard human deck!

Hero Realms is a fantasy-themed deck-building game that is an adaptation of the award-winning Star Realms game. The game includes basic rules for two-player games, along with rules for multiplayer formats such as Free-For-All, Hunter, and Hydra. Check out this awesome gameplay video from Rodney Smith of Watch It played to get more information about gameplay!

Multiple expansions are available for Hero Realms that allow players to start as a particular character (Cleric, Fighter, Ranger, Thief, or Wizard) and fight cooperatively against a Boss, fight Boss decks against one another, or compete in a campaign mode that has you gain experience to work through different levels of missions. 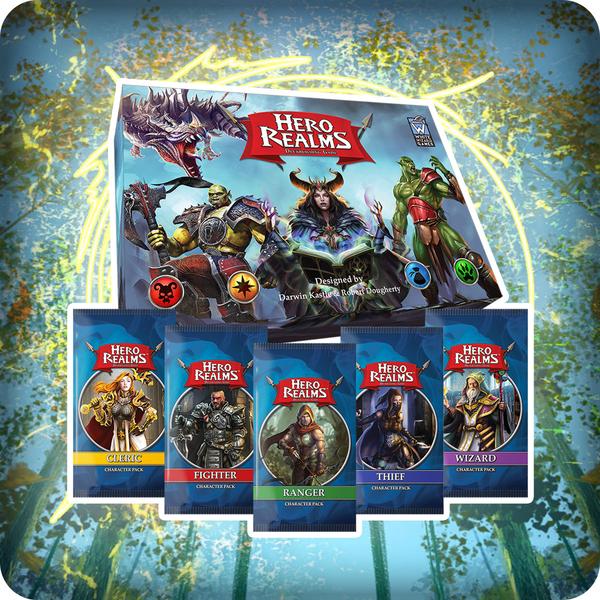 The Ruin of Thandar Campaign

Combine this Hero Realms Campaign Deck with your Hero Realms Base Game and Character Packs for cooperative adventures with your friends! Complete adventures to earn experience points that you can spend between sessions to gain skills, equipment, or other awesome new cards for your character’s starting deck! 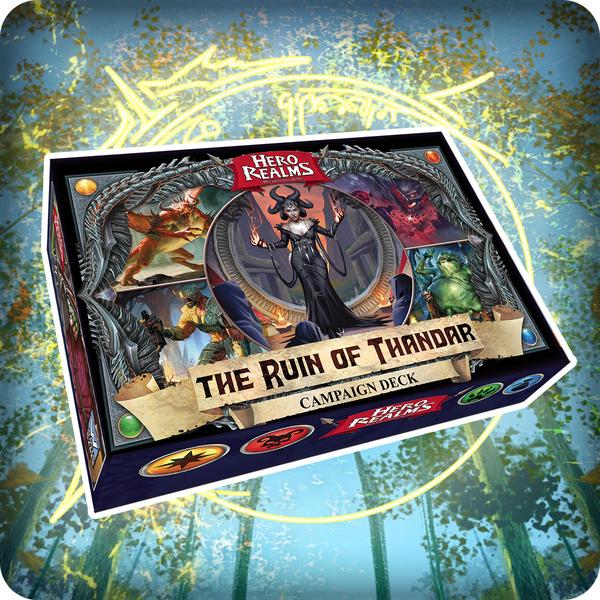 Coming July 21, 2020: Hero Realms Journeys Packs  ($4.99 per pack) Journeys is a set of four 12-card expansion packs for Hero Realms! Conquest and Discovery add the new Quest and Artifact card types. Quests are secret objectives that players may complete to earn Artifacts! Hunters and Travelers add new champions and actions to the game. 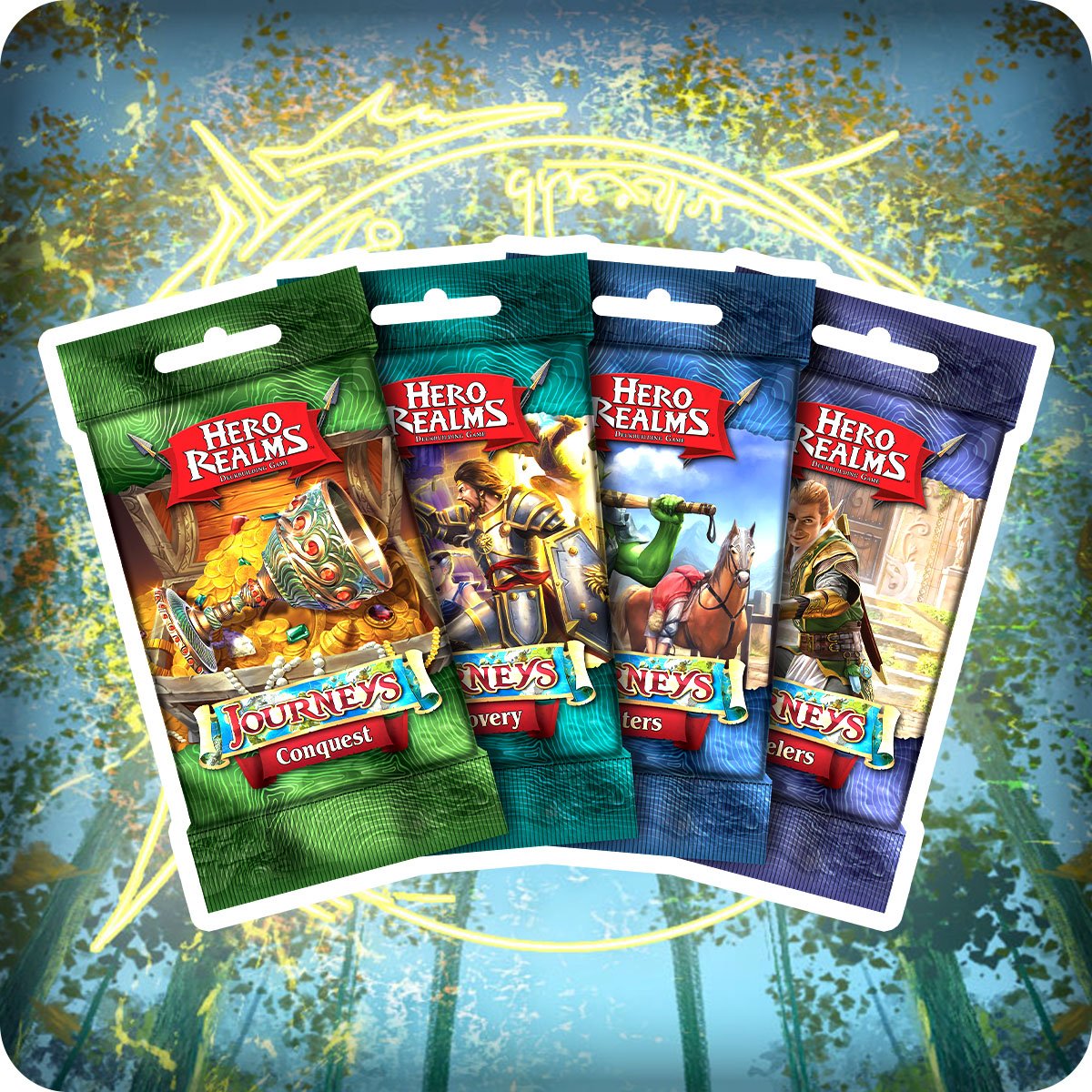 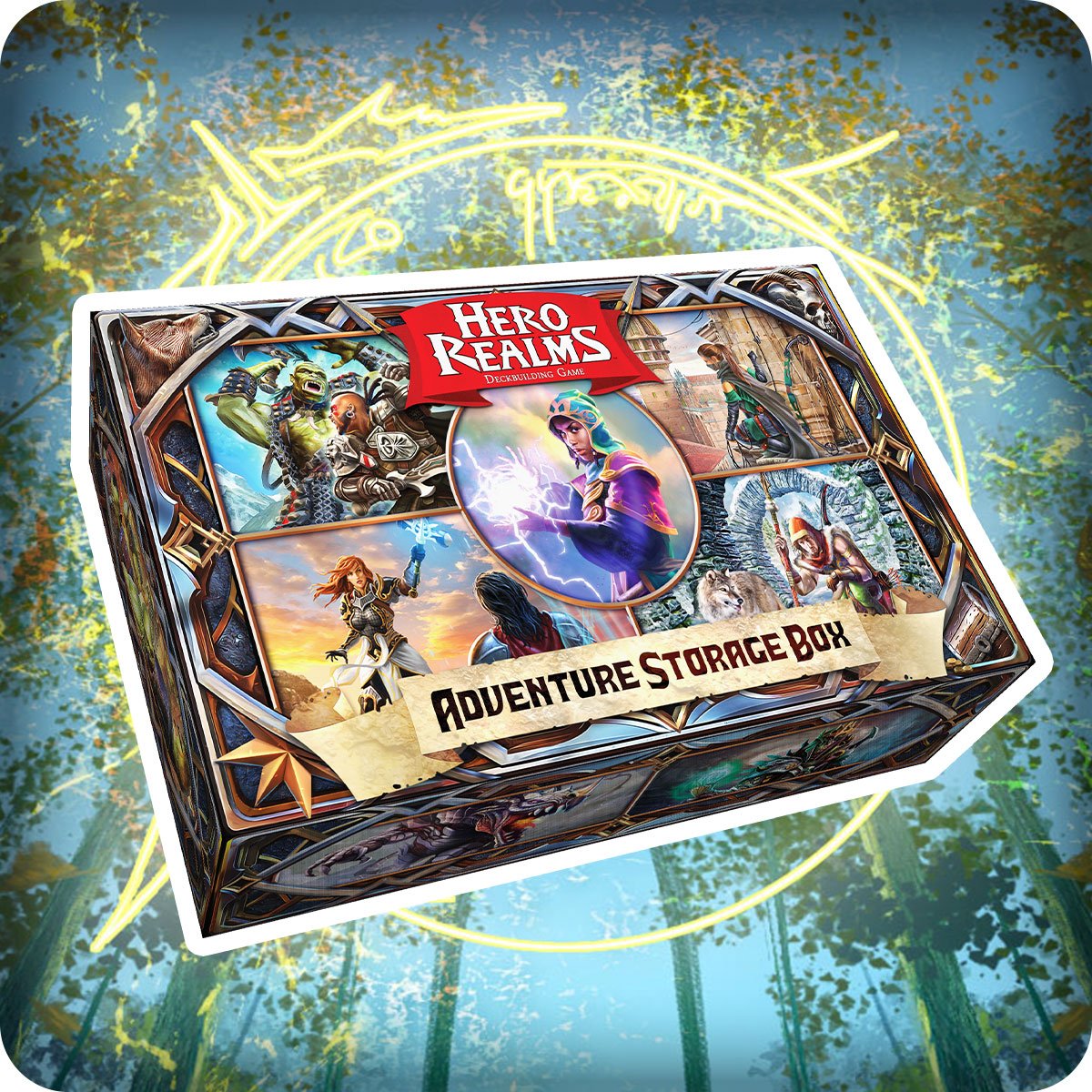 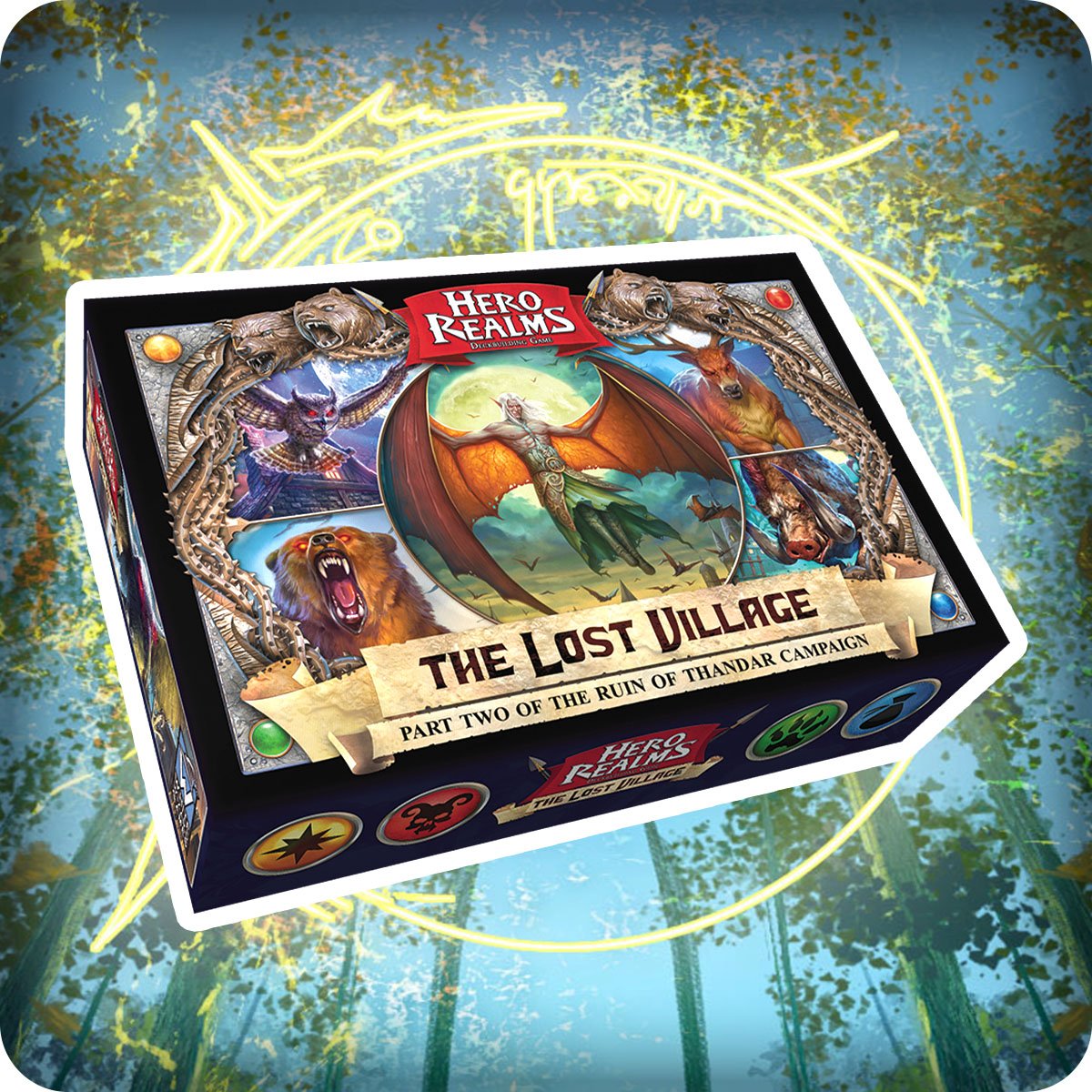 We can’t wait to hear how much fun you have with these new sets! We are super excited about them. Join the discussion in the Hero Realms Discussion Group on Facebook! You can also vote here to determine how the storyline progresses on our Facebook RPG adventure.