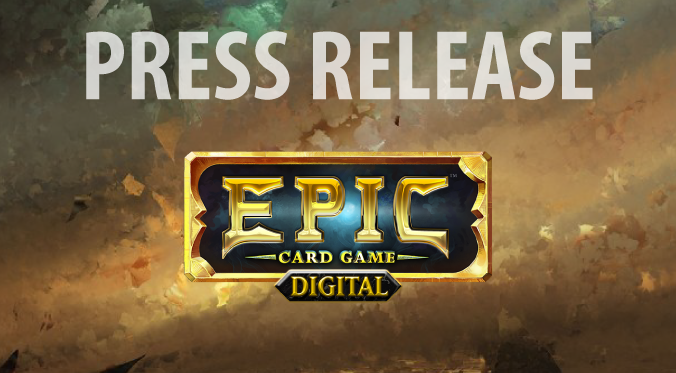 and is announced by the creators of the award-winning Star Realms app.

Framingham, MA | January 30, 2017 – Wise Wizard Games LLC, the company created by Magic: The Gathering™ Hall of Famers Darwin Kastle and Rob Dougherty, announced today that they have launched the Epic Card Game Digital app on Kickstarter. This follows their huge success with their award-winning, addictive Star Realms app. Epic Card Game is a fast-paced card game of fantasy combat with all the amazing gameplay and beautiful art of a trading card game, without the high cost or hard to find cards. Like Star Realms, the Epic Digital app will provide cross-platform play at an affordable price, which is very attractive to TCG players.
In November 2016, the alpha of the app was announced at the Epic Card Game World Championship, where $100,000 in prizes was given out to the top Epic players. Many Magic Pro Players attended the Epic Championship and talked about what they like most about Epic:

Paul Reitzl, Magic Hall of Famer commented, “There’s no mana screw, or curve screw or color screw or any of those things which people have been lamenting playing card games for years. You can utilize every single card in your hand. It’s a fresh approach to playing card games.”

Mike Sigrist, 2015 Magic Player of the Year, said, “the fact that you can just buy the cards and play it forever, it’s an awesome thing for the game.”

• Fantasy-themed, strategy card game with many ways to play
• Summon mighty champions and use devastating events to defeat your opponent
• Build any deck – no random rewards or hard-to-get cards

Many Ways to Play in the App

• Cross-Platform Play
• Challenge Your Friends
• Join Leagues and Tournaments
• Battle New Opponents From Around the Globe
• Win Prizes and Even Qualify for the $100,000 Epic World Championship

Wise Wizard Games LLC, was founded in 2013 by a team of seasoned professional gamers dedicated to creating games that are affordable and fun for everyone. Their first game, Star Realms, a space combat deckbuilding game, exploded in popularity and has won 7 Game of the Year awards. Their games are known for being easy to learn while also having enough strategic depth for even the most advanced gamers. 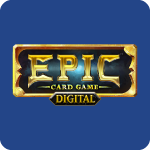 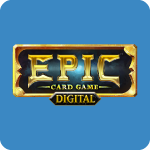 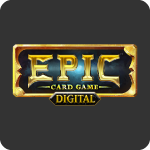